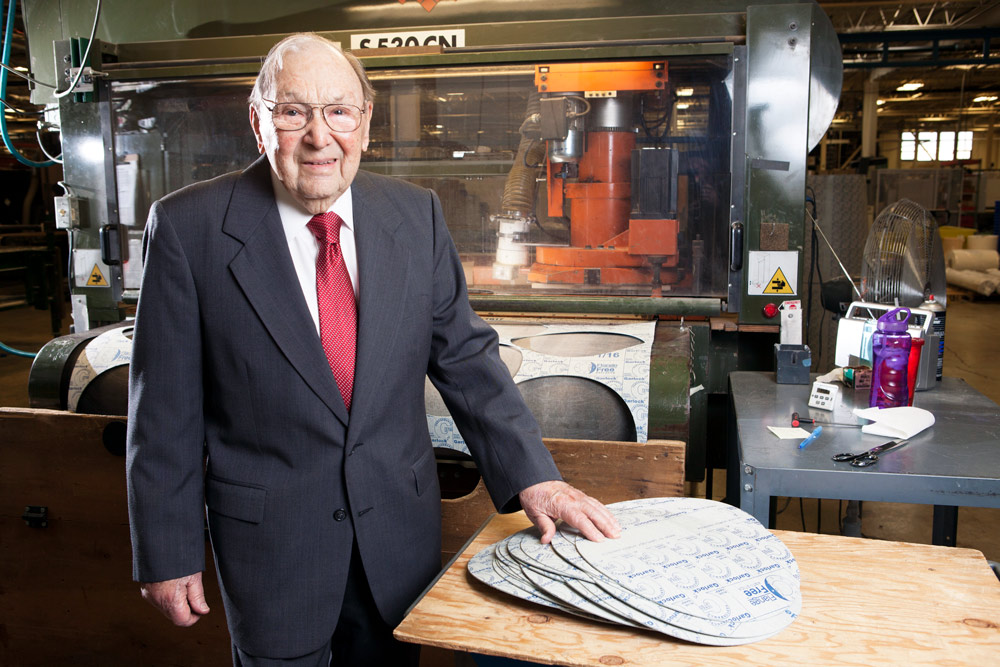 Sealing Devices Inc., founder and chairman of the Board, Terry Galanis, Sr. passed away June 25, 2020. Galanis, Sr. lived to be 102 years old and enjoyed being in the office daily up until the last few weeks of his life. He died peacefully, of natural causes, surrounded by his children.

Galanis Sr., better known in the office as Mr. G., enjoyed being in the office, seeing smiling faces and his friends there. He will be remembered for building a company from the ground up, exhibiting strong leadership and creating an environment where people look forward to coming to work every day. He believed in honesty and truthfulness, ethical values that he passed along to his children.

“I have been fortunate to work next to my father for 48 years at the company he built. The company’s culture reflects his strong work ethics and credibility and we will always continue to run the company the way he envisioned.” stated Terry Galanis, Jr, Sealing Devices President/CEO.

Mr. G. was a U.S. Veteran of World War II, serving with General Patton on his march through Europe and in the occupation army in Austria after the war ended.

Mr. G. started his company in the family garage with a $157 investment from Parker o-rings, a pencil and paper. His wife Marian would answer the phone and his children would count and bag o-rings. Terry’s vision was to provide customers with quality parts, reliable service and fair prices. This vision is still followed to this day at Sealing Devices.  He also helped to establish the Gasket Fabricators Association and became the first recipient of Buffalo Business First Lifetime Manufacturing Achievement Award.

Mr. G. was a constant contributor to his alma mater, Alfred University, where he was a distinguished alumnus. With the University, Mr. G set up the Galanis Award for Excellence in Family Business, an award honoring Family Businesses who share the same values of his founding company. In 2019 at the age of 101, Mr G. received an honorary doctorate degree in Engineering from the University.

A memorial will be held for immediate family.  If you would like to share your thoughts, memories and condolences in the interim, you can email kburzynski@sealingdevices.com or send them in attention to Kimberly Burzynski at 4400 Walden, Ave, Lancaster, NY 14086. In lieu of flowers, please send donations to:

No words can adequately express our sadness of Mr. G’s death or our gratitude for the opportunity to work with him. We will honor his memory by dedicating ourselves to continuing the work he loved so much. Mr. G.  leaves behind a company that only he could have built, and his spirit will forever be the foundation of Sealing Devices.